Peptides Company — is a leader in anti-aging technologies 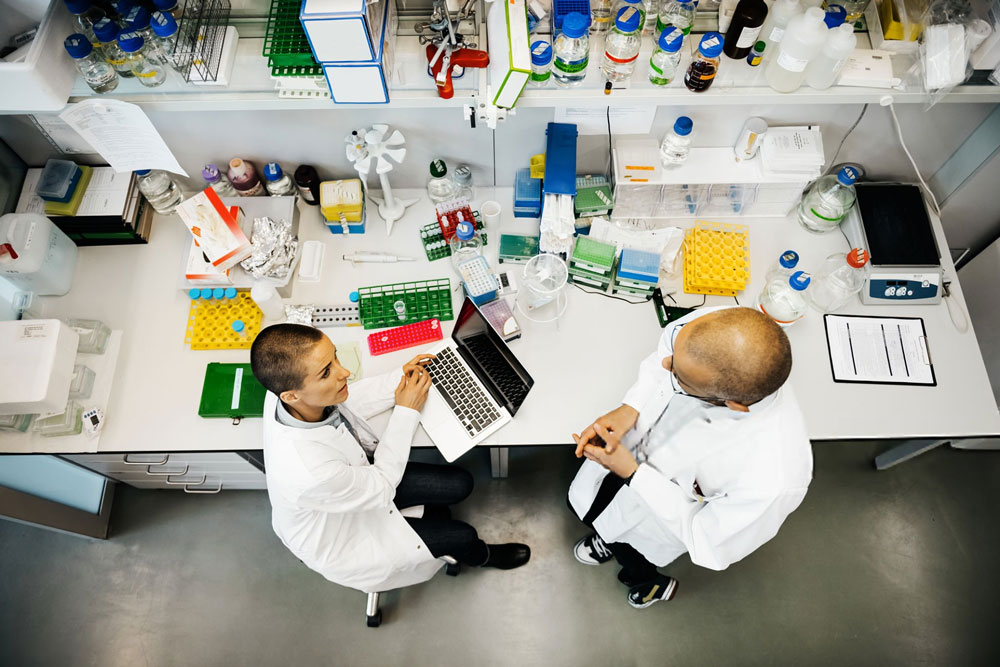 Peptides is the leader in the field of anti-aging technologies, peptide and non-peptide bioregulation, and the only official representative of the St. Petersburg institute of bioregulation and gerontology. We possess the largest range of peptide products! Today we have more than 300 products which don’t have analogs (peptide and non-peptide bioregulators which are used for the purpose of health, youth and beauty recovery).

For cooperation, Peptides chooses perspective companies which have serious scientific and economic potential and are leaders in the field. That’s why our company chose the Research-Production Center of Revitalization and Health as a main strategic partner. The main work and development direction of the Revitalization and Health Center is research and development in the field of aging prevention and the program of biorevitalization.

Specialists of the company’s scientific department suggest to take a look at the problem of aging from a different angle and to engage not in the elimination of consequences, but the prevention of still emerging age-related changes, bringing us to a conclusion that beauty and youth directly depend on the condition of our bodies in general.

successful years of work in the EU

medication products of our own production

consumers from all over the world

Our advanced developments, which have world recognition, help to gain health, prolong youth, active longevity, and improve the quality of your life right now. We integrate anti-age technologies into the lifestyle of millions of people, making them happy and successful.

Our company works with successful consultants. All of our dear partners are those who build a business with Peptides — dealership managers, and leaders of various statuses.

Our collaboration program is designed for beginners, who would like to create their own business. For those who is just becoming acquainted with Peptides we provide an opportunity to find a competent and experienced mentor. For already working consultants we provide a platform where they can share their experience and best practices with each other, openly express their point of view on business development and interact with the company directly.

Deferred payments;
We accept all main types of payment.

Our company provides quality assurance, confirmed by all necessary certificates and documents.

Would you want to join us?

The Peptides Company is the leading corporation in the field of anti-aging technologies, and peptide and non-peptide bioregulation. Our products are represented in many countries of the world, with more than 600 representative offices. Today we have more than 300 products which don’t have analogs in the whole world. In this section you will find a wide range of peptide and non-peptide products of the company. You can also familiarize yourself with our cosmetics range and functional food-supplement section. 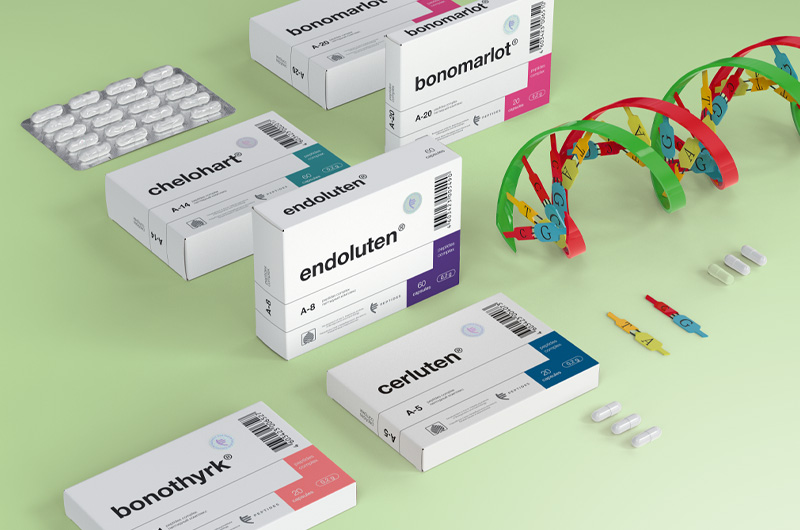 → Peptide bioregulators based on natural peptides

The development of the St. Petersburg Institute of Bioregulation and Gerontology is an exclusive, highly efficient technology for the isolation of low molecular weight peptide fractions from animal organs and tissues. Bioregulators based on natural peptides help slow down premature age-related changes and normalize metabolic processes in body cells, starting their natural renewal process, reduce the risk of cancer and increase life expectancy.

The positive results of the use of Cytomaxes have been confirmed by many years of clinical studies. These peptide bioregulators are safe to use, as they are non-medicinal products, they do not have side effects or withdrawal syndrome. 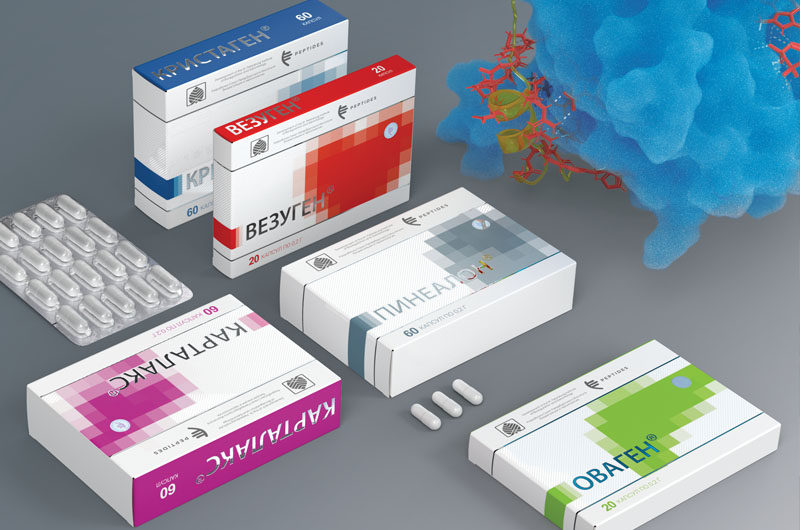 → Peptide bioregulators based on synthesized peptides

Science does not stand still, and over time, an active amino acid sequence, that triggers the changes we need in cells, has been identified. Thus, bioregulators based on short peptides, Сytogens, were developed. Short peptides give a faster effect, at the initial stages of peptide therapy. They start up the restoring functions of internal organs. In the future, to continue the positive dynamics in the therapy, it is recommended to start taking Сytomaxes.

Cytogens can be taken both as a preventive measure and for the correction of various conditions in combination with medical therapy. To prevent the appearance of age-related changes, dysfunctions of various systems and organs, it is recommended to take one capsule twice a day with meals for 30 days. Correction of already existing disorders in the complex therapy involves taking 2 capsules, 2-3 times a day for 30 days. 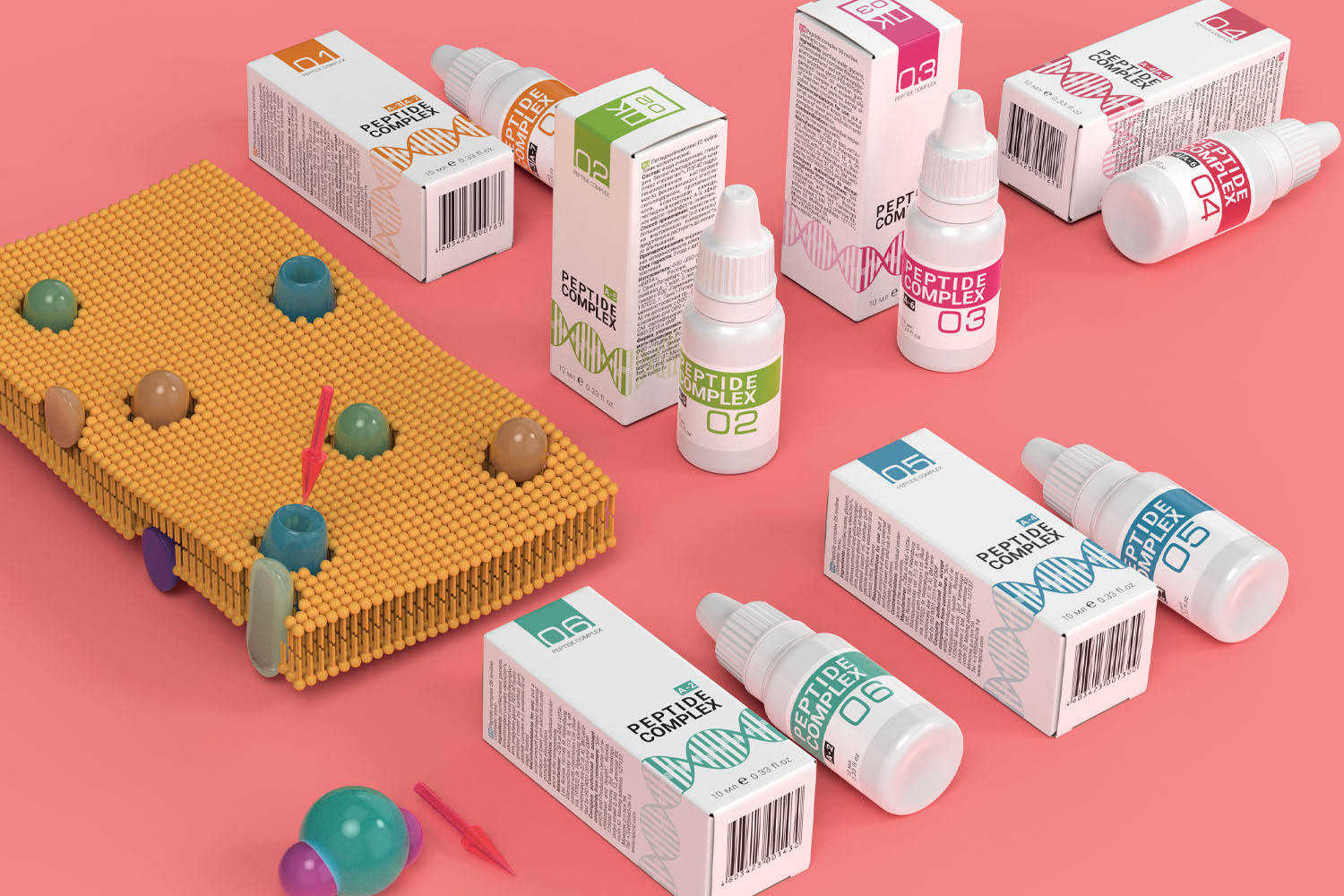 Prior to this joint development by Peptides and the St. Petersburg Institute of Bioregulation and Gerontology, peptide bioregulators of natural origin were presented either in the form of injectable drugs or in the form of capsules for internal use.

As a result of the fruitful work of our scientists, a series of natural peptide bioregulators for external use has been developed, which has passed the test of time and proved its effectiveness.

The resulting peptide complexes (PC) are applied to the inner surface of the forearm, along the course of the veins, and rubbed in until completely absorbed. After 7-15 minutes, the peptides bind to dendritic cells, which carry out their further transport to the lymph nodes, where the peptides shift places and are sent with the bloodstream to the desired organs and tissues. 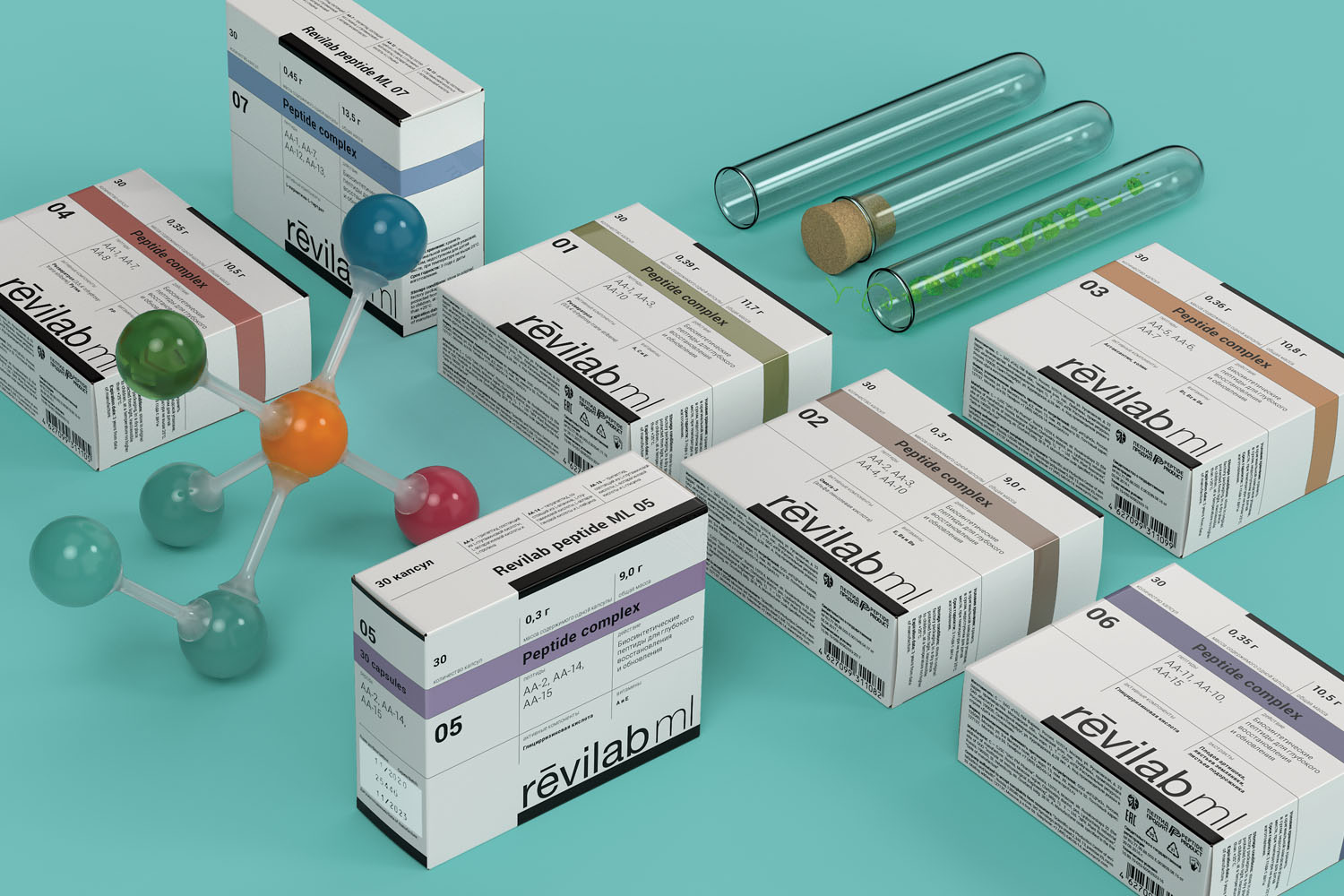 The revilab ML line of multifunctional drugs is a complex of modern short peptides consisting of 2-10 amino acids. The peculiarity of revilab ML age protectors lies in the principle of their all-in-one action – when one capsule contains a whole set of peptide and non-peptide regulators, specifically selected to solve a specific problem.

All of the 9 products contain a range of short peptides, as well as antioxidants and cell building materials. Short peptide fragments of revilab ML have a rapid effect on the restoration of the functions of internal organs.

These bioregulators of the latest generation are aimed at slowing down the aging process, maintaining a normal level of metabolic processes, and preventing and correcting various pathological conditions. They also help in the rehabilitation after serious illnesses, injuries and surgeries. 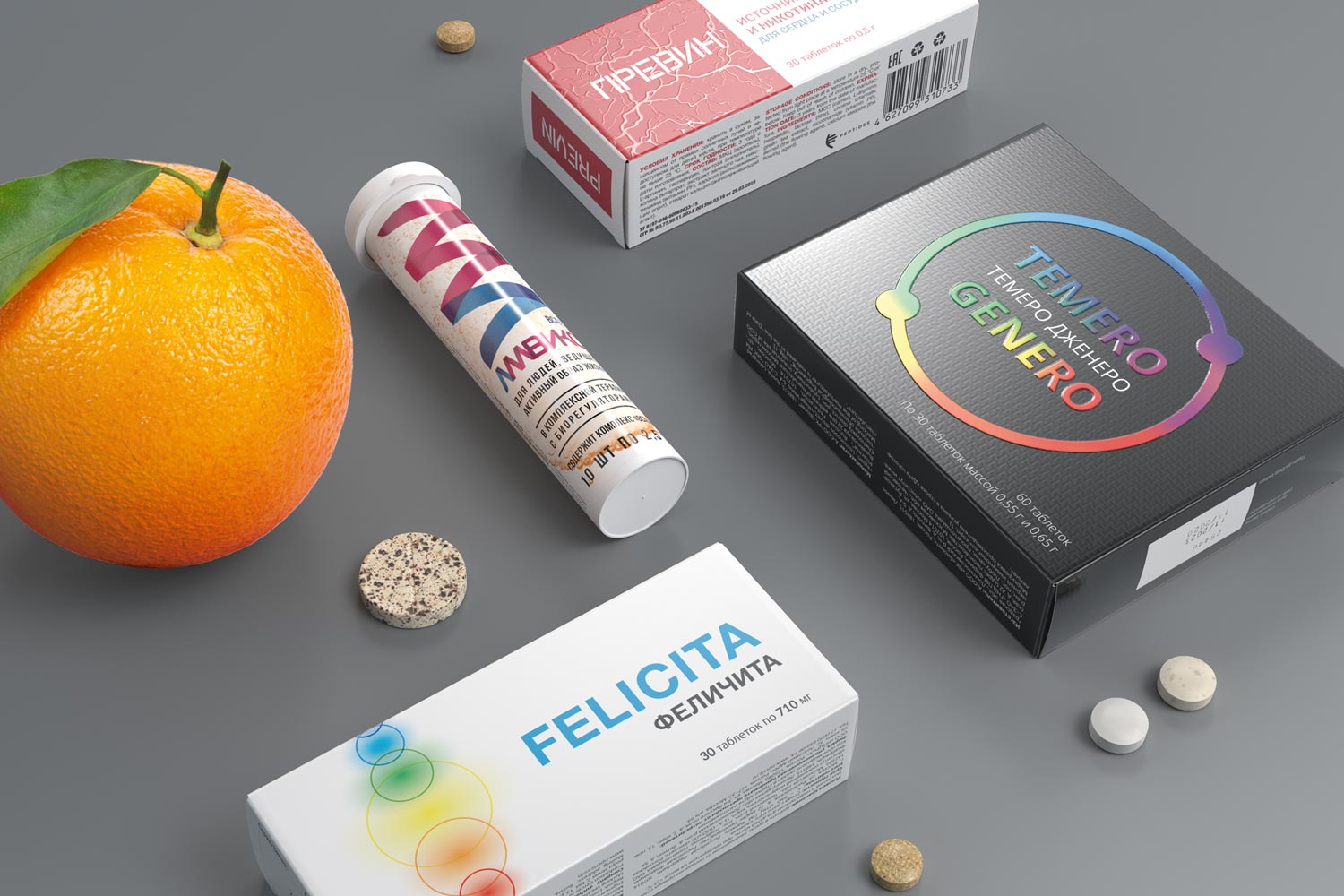 → Therapeutic and prophylactic bioregulators
→ For health, beauty and active life

At present, it has become possible to significantly improve the quality of life and slow down the aging process of the body thanks to therapeutic and prophylactic drugs. The line of modern non-peptide parapharmaceuticals was created taking into account the latest scientific developments in the field of anti-aging medicine as an addition to the basic revitalization program based on peptide bioregulators.
The complex use of the presented products contributes to the normalization of metabolic processes, the restoration of lost functions of organs and body systems without destructive side effects, and creates a reliable basis for preserving youth, beauty and health.

In combination with peptide bioregulators, this class of parapharmaceuticals reduces the risk of malignant neoplasms and age-related diseases. 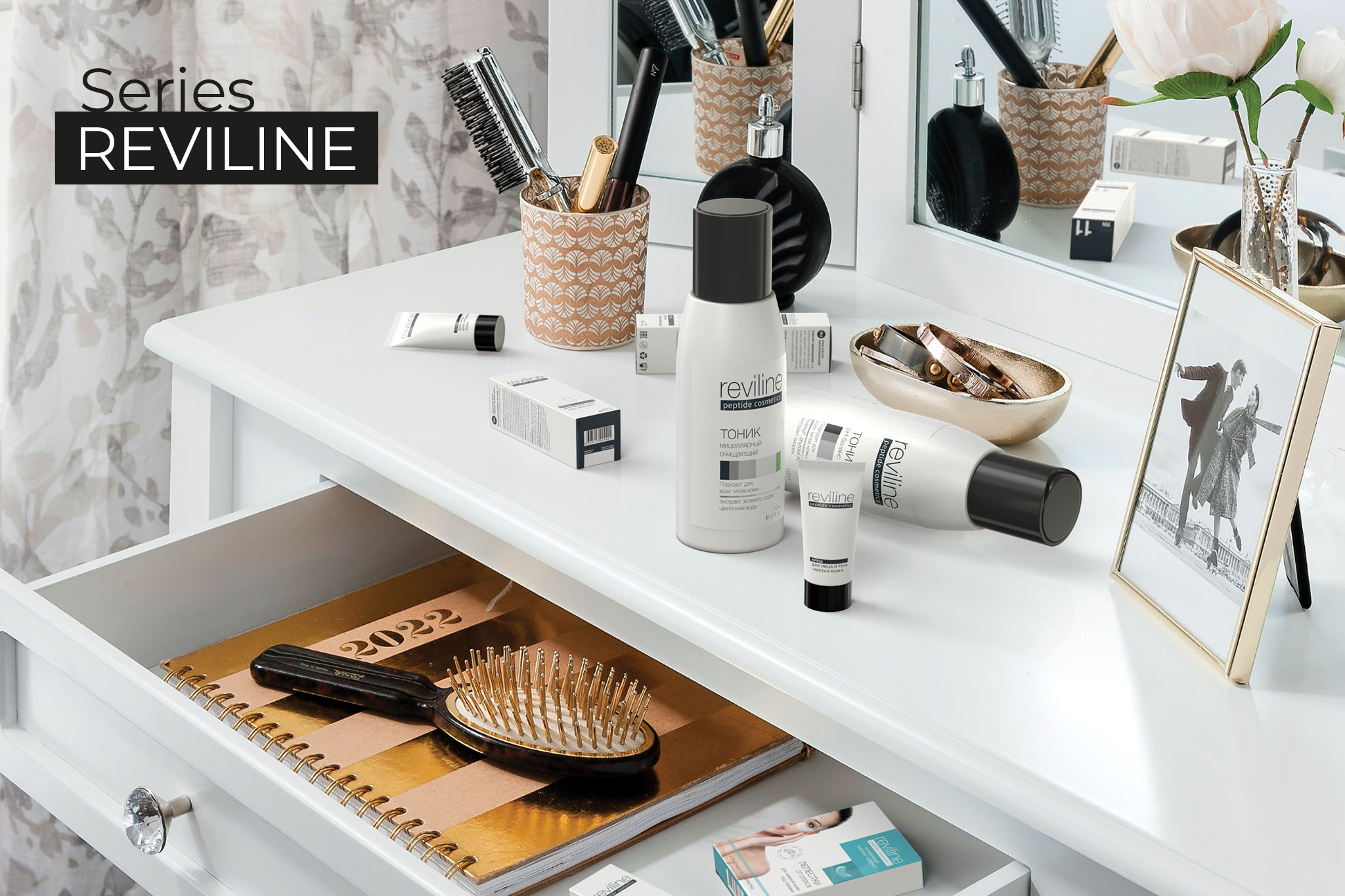 Peptides Cosmetics — these lines of innovative products are focused on global solutions to problems with age-related skin changes. They contain all the best, relevant and progressive from the segment of anti-aging technologies. Powerful peptide substances in combination with natural extracts contribute to the effective and prompt fight against aging. Main tasks: remodeling of all skin structures, elimination of imperfections and wrinkles, return of freshness and impeccable appearance to the skin.

Peptides Cosmetics are manufactured at a European-level of production, which has been certified according to international quality control standards ISO and GMP. 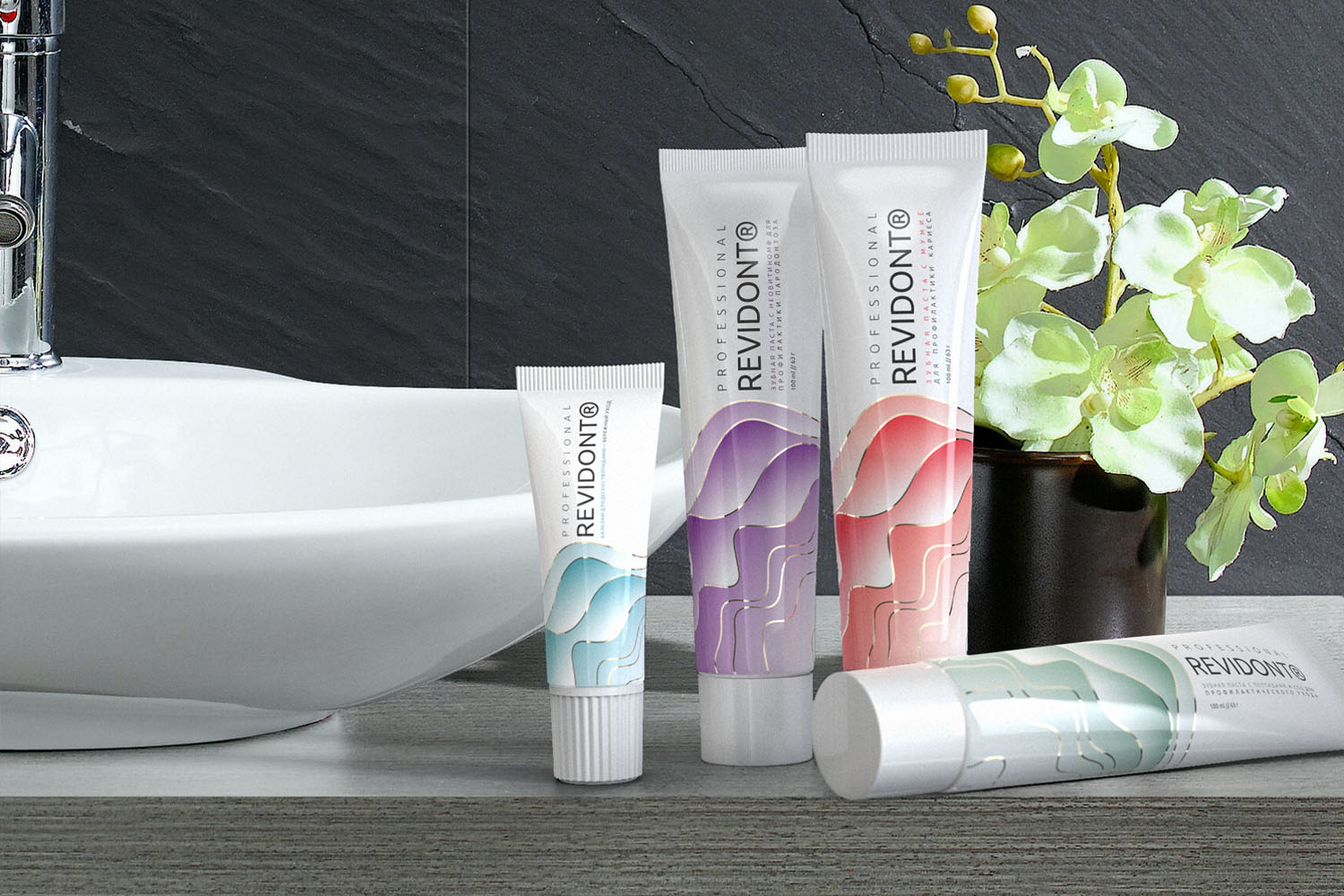 REVIDONT PROFESSIONAL is an innovative series, the peculiarity of which lies in the principle of its action. It allows not only to deal with the symptoms, but also to influence the very cause of diseases of the oral cavity.

The REVIDONT® PROFESSIONAL line contains non-abrasive polishing agents that are gentle on the enamel. The exclusivity of this series is due to its group of innovative, patented bioactive complexes and natural peptides that act in different groups of cells at the DNA level. 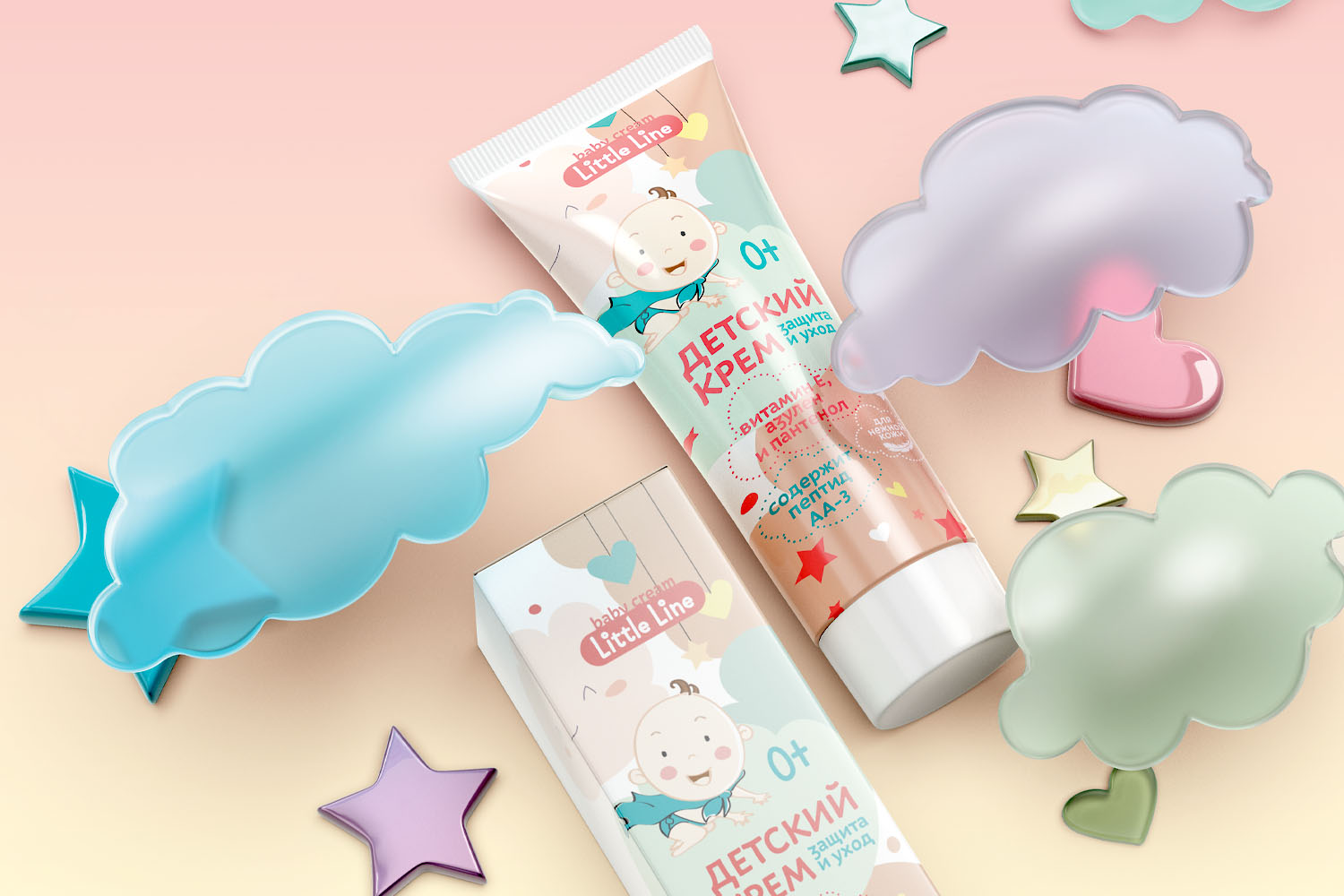 This year, Peptides launched a completely new line for CHILDREN’S CARE. Now we have a new Children’s Cream for gentle skin against irritation, dryness and rashes available for purchase. Very soon, Little Line will see new gentle and effective products added to its collection. 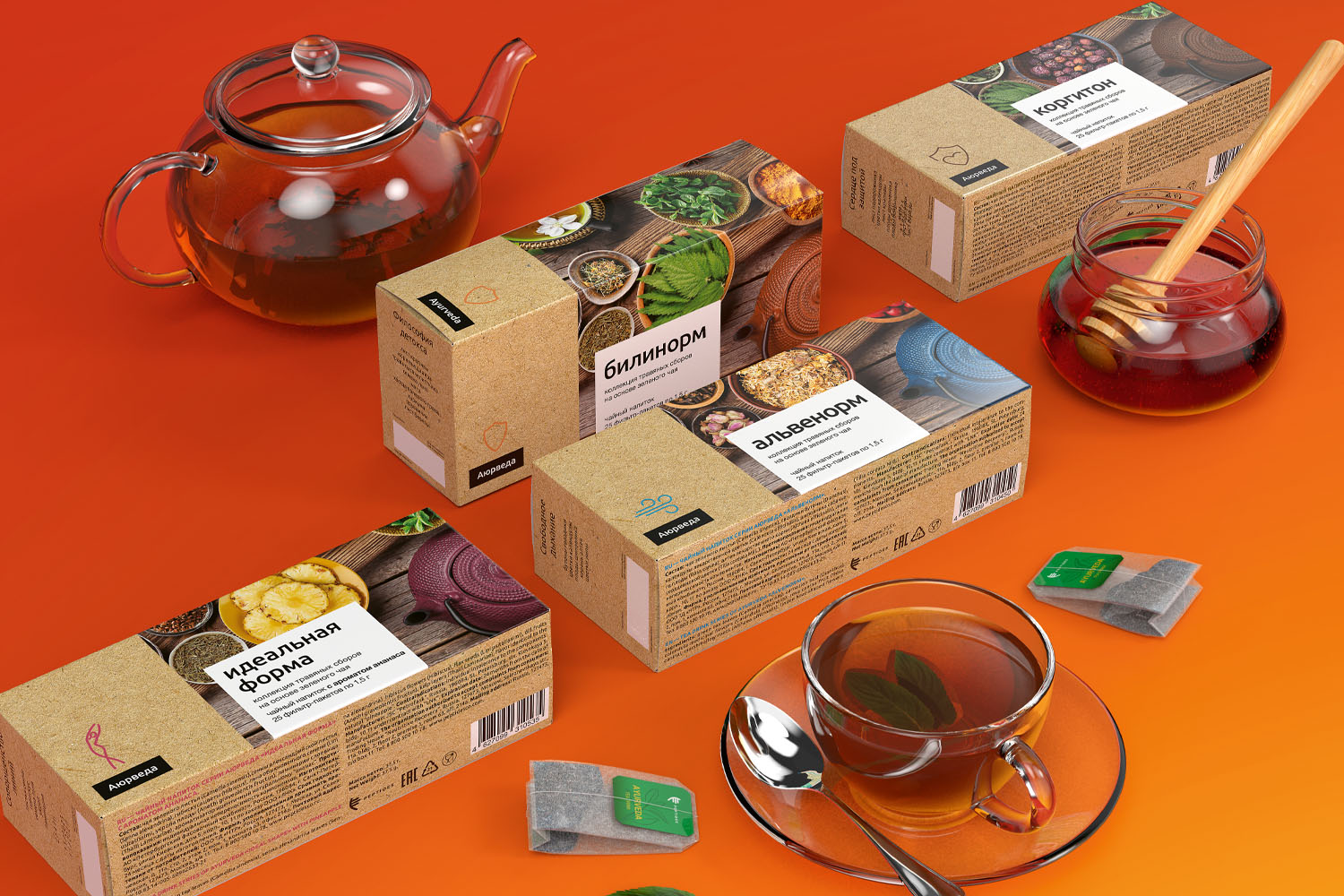 Peptides created a whole line of Ayurveda herbal teas based on Ayurvedic and traditional herbs and spices, especially for restoring the functions of various body systems and slowing down aging. Each of the presented recipes is based on the principle of bringing the processes inside the body into balance.

Herbal teas of the Ayurveda series, in addition to vitamins and minerals, include amino acids, essential oils, tannins and many other useful compounds. The unique composition of the base teas helps to detoxify the body, strengthen the immune system, restore the functions of the gastrointestinal tract and normalize digestion. 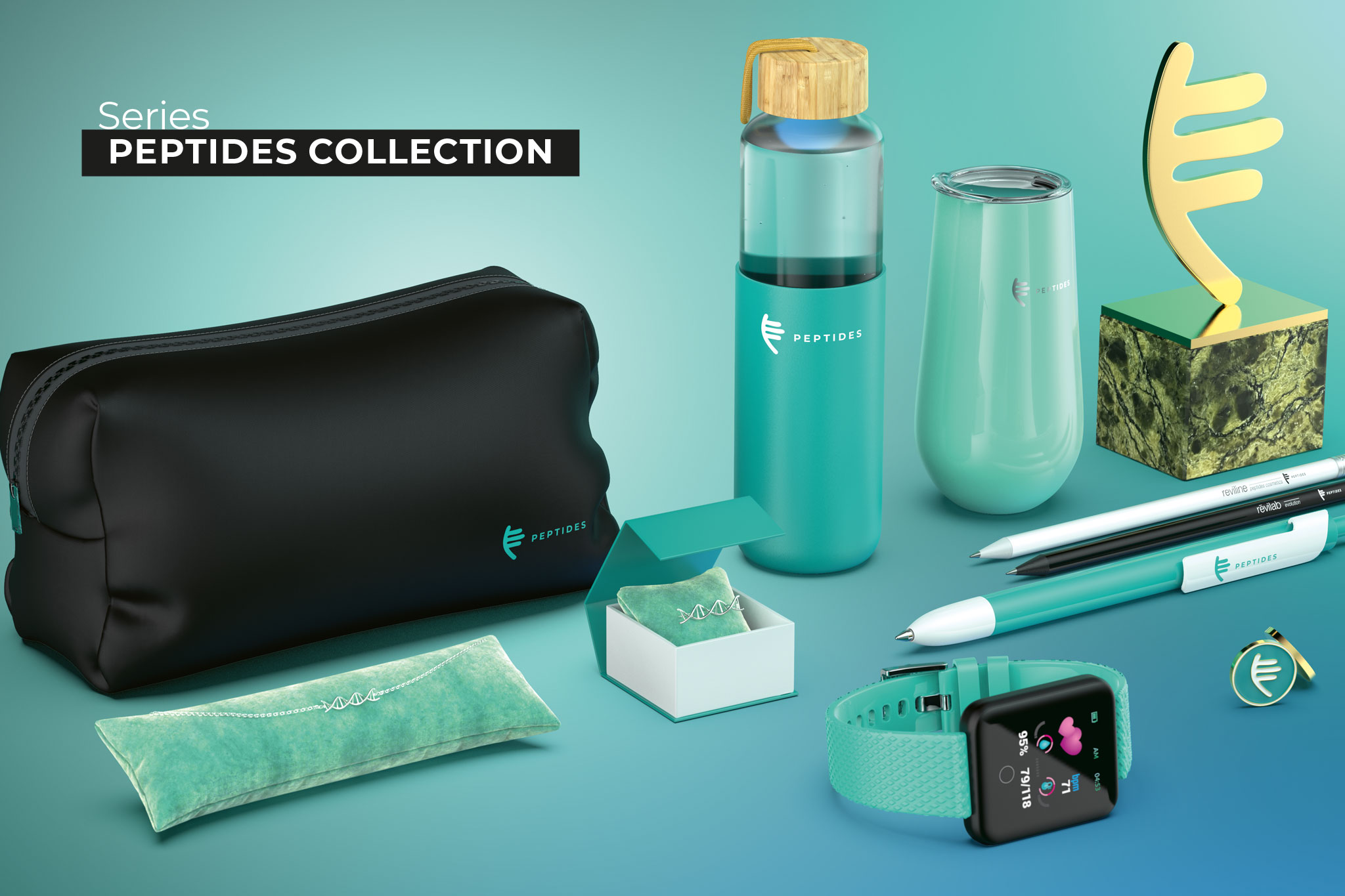 We give you the opportunity to surround yourself in everyday life with things that create the image of your favorite brand. The products featured in this line support our commitment to the company’s core mission of promoting healthy lifestyle ideas.
Exclusive souvenir products are a sign of special attention to everyone who shares our ideas and priorities. When creating corporate souvenirs, we take into account modern trends, in particular, the concept of conscious consumption, so we try to ensure that our souvenirs are made from recyclable materials.

It is important for us that you continue the path to success with us, living in the style and rhythm of Peptides.

Every year our company updates and publishes scientific and informational literature for the convenience of our clients. Apart from our yearly catalogue, which is available in several languages, we also publish informational brochures, application manuals and many other interesting publications, where you will find all the necessary information about Peptides.

Would you want to join us?

You can write on this adress

Get in Touch / Catalog request 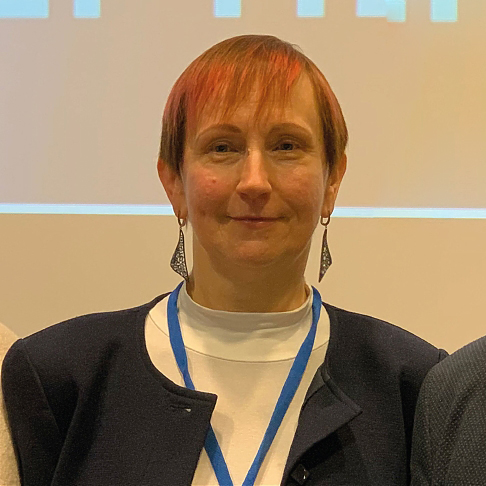 " Thanks to the company, I got acquainted with wonderful products that I use myself and get excellent results. Of course, I shared this knowledge with my relatives, and I see how positive changes are also taking place in their lives. All this makes me very happy and inspires. At Peptides, I met new people, leaders who sincerely and openly share their knowledge and skills, so my knowledge, technical skills, self-confidence, and self-esteem have grown accordingly. " 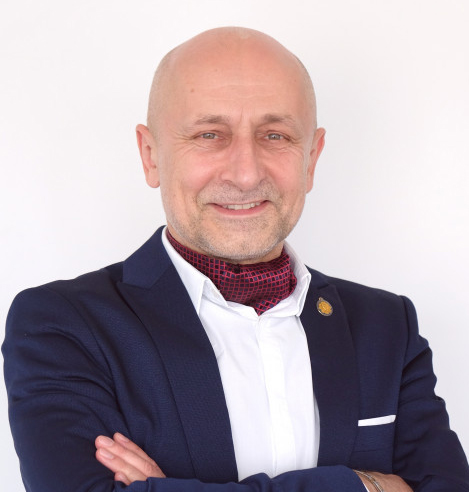 " For the speedy recovery of my patients after surgeries and for the prevention of premature aging, I prescribe them peptide bioregulators from Peptides, which help them recover faster, balance the work of the whole organism and preserve youth and beauty. It's great that I can combine my favorite work with getting nice bonuses from the company. " 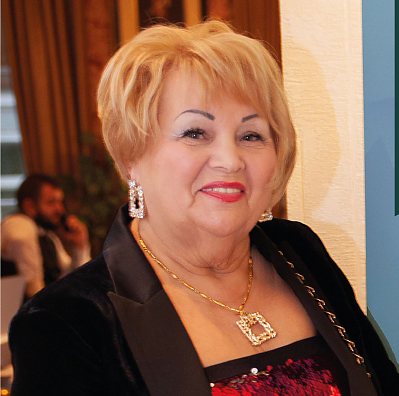 " Thanks to the active assistance and support of the company's management and the European representative office, I opened the 112eu dealership in Bonn, which is developing successfully. The company also provides opportunities for continuous learning, which helps me to increase my leadership status and constantly increase my income. Thanks! " 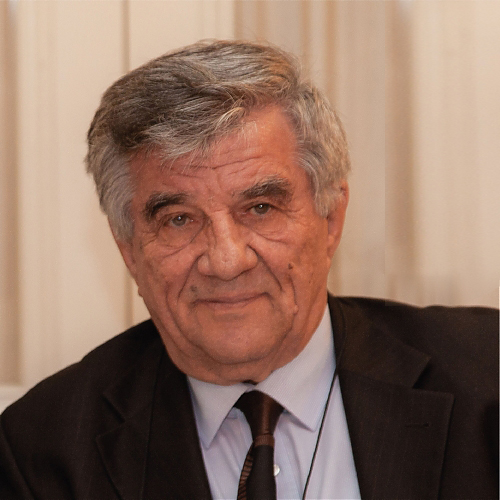 " I am truly delighted to partner with a company whose mission is to bring the message of health care to as many people around the world as possible. It is important for me that Peptides products help people become active, happy, so that they can be prosperous in life. The company is actively developing in Greece, more and more motivated and talented people are joining the Peptides team, who want to make decent money. " 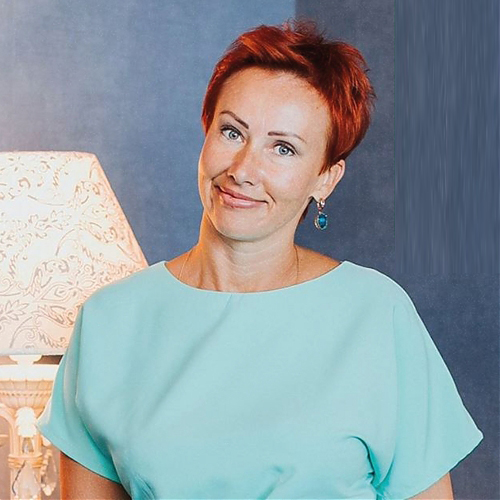 " I like to communicate with people, create and learn something new - these qualities help me to successfully manage a dealership center in Latvia. I thank the company for its support and truly ample opportunities for self-realization! "